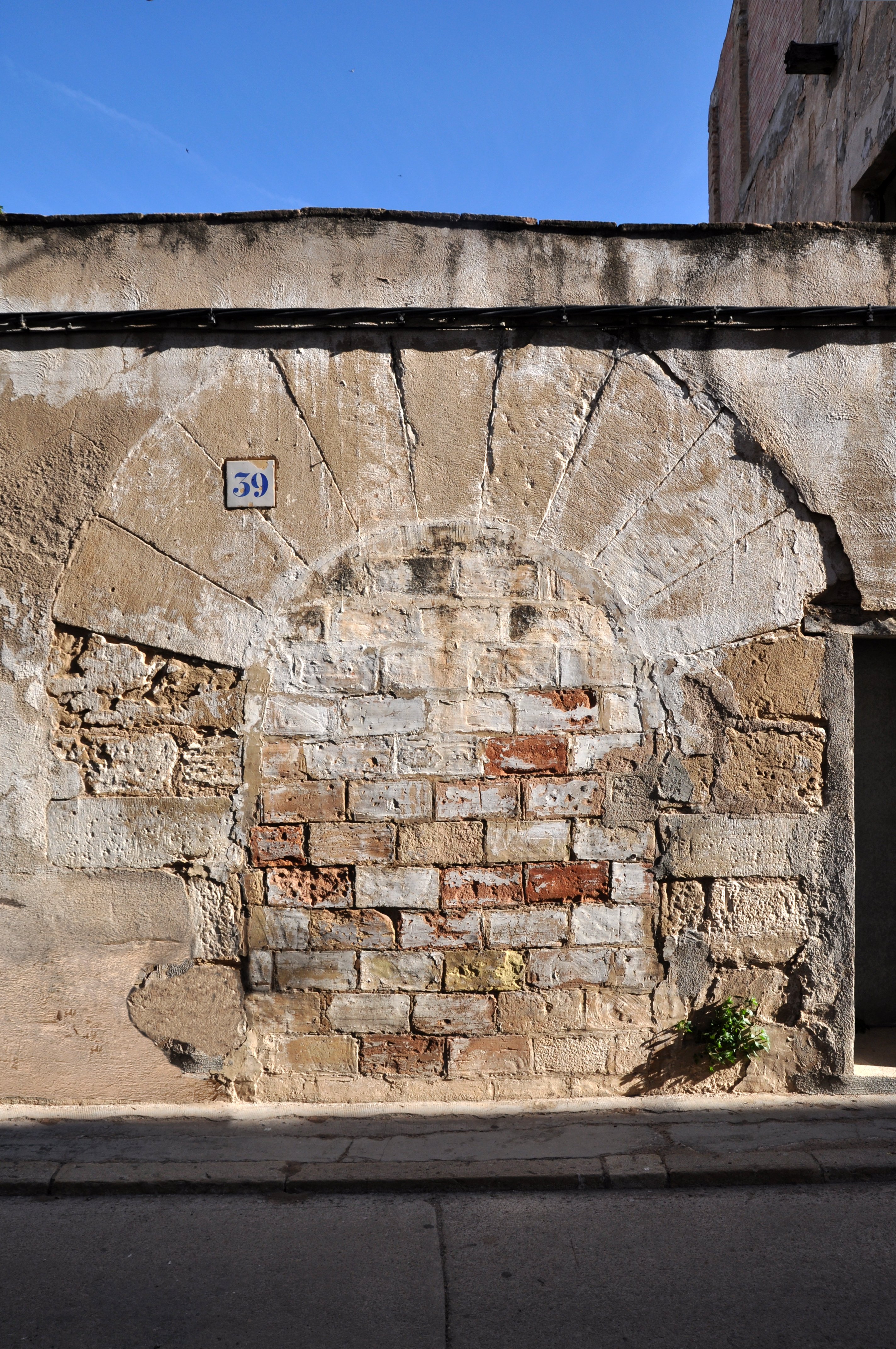 Hello and welcome to the remains of Bishop Sentís’ palace house dated from the 16th century.

Taking up hallway number 37, we can see a totally mortared half-point arch featuring large keystones. This is the most remarkable remainder of what used to be the stately house of the Sentís family.

In numbers 35 and 39, fractions of the ancient family house known as “the big house” are preserved, which was half destroyed after an Italian air strike during the Battle of the Ebro in the Spanish civil war.

If we now look round at the opposite pavement, we’ll see another half-point arch with large keystones, leading to a courtyard that would give access to the interior of bishop Sentís’ chapel, also known as “Virgin Mary’s Chapel”.  The chapel was built so that he could say his everyday prayers in it most comfortably.

Xerta native Joan Sentís i Sunyer was bishop of Barcelona and viceroy of Philip IV in Catalonia. Born in 1561, he was a member of a noble family that enjoyed important positions. He is considered to have been the most important politician from the Terres de l’Ebre region in the Modern Age. In 1625 he played a decisive role in the segregation of Xerta from the neighbouring city of Tortosa. And, thanks to his efforts, Xerta was granted the “vila” status by a royal decree in 1628.

In May that year, he stayed in Xerta on occasion of the Agreement celebrations with Tortosa. During his stay the bishop built Virgin Mary’s chapel and also consecrated the parish church of the town, which was then still under construction. Joan Sentís died in Barcelona in 1632 and was buried in the Rosary chapel of the cathedral.