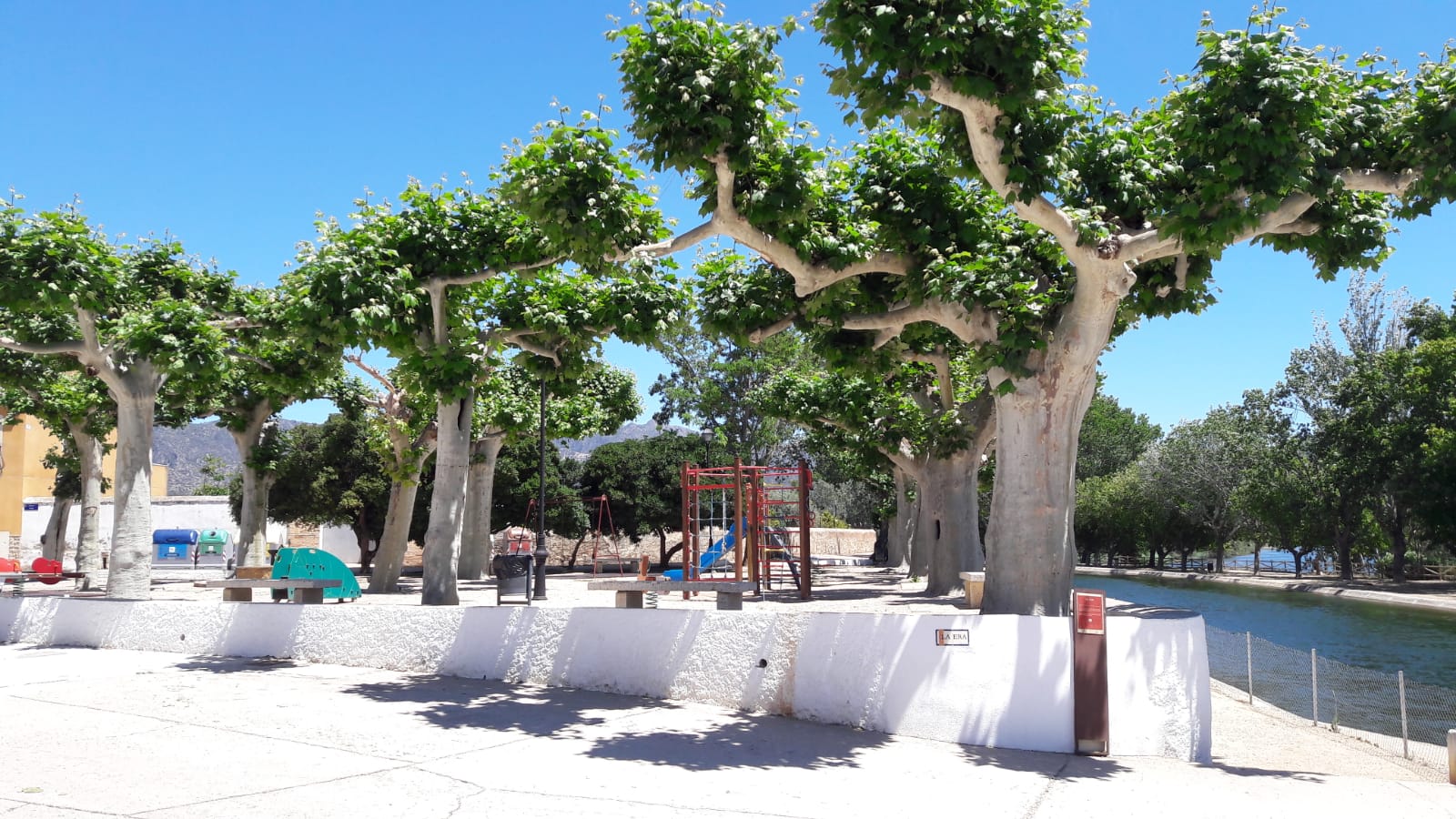 In the past, La Era was the threshing ground for the wheat harvested locally.

La Era is located at the end of Angel street, a street that has historically connected the river to the town’s centre. In the past most of the buildings around La Era and the final stretch of the street were warehouses for storing the river boats and the crops.

At the beginning of the 17th century there took place the first revolts against the tax policy of the city of Tortosa, which would lead to the segregation of Xerta as a town in 1625, and officially in 1628.

At present, La Era is the town’s Municipal Park. At a botanical level, there stand out the centennial plane trees and the “Acacia Mare” tree, which was declared of local interest in 1998.

The bridge across the canal is popularly known as “Pont de la Era”.

Although the river level is nowadays regulated by dams, when the level is up, some years the water reaches the bridge, thus joining the river and the canal.