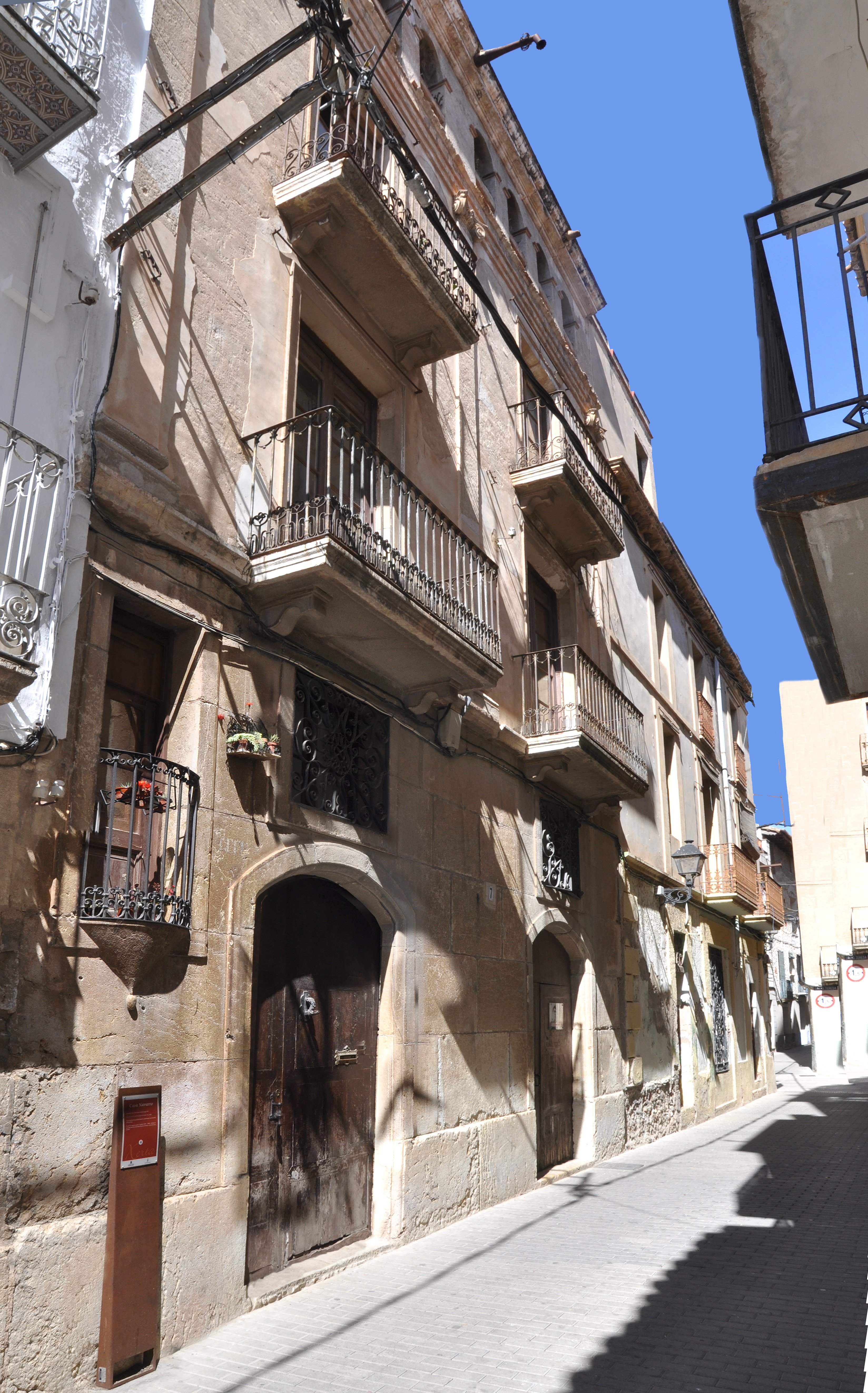 Hello and welcome to Casa Navarro.

In the past, Casa Navarro was a well-to-do stately house. On the two gates there is a wrought iron grille featuring the date when the façade was reformed– 1859, and the initials JN for José Navarro. During the Second Carlist War General Ramon Cabrera set up his headquarters in this building. From that period the word “GEFE”, chief, can still be read at one end of the front door.

The openings of the two floors are arranged symmetrically with two balconies with braces on each floor, and on the loft four continuous arches on each side. The axis of symmetry of the façade is taken up by one of the three false pilasters with an Ionic base and capital, which takes up the height of the first and second floor of the attic. On the left we can see a small balcony, the only asymmetrical element of the ensemble.

Inside the ground floor there stands out a wide entrance with a large half-point arch crowned by a cornice, which leads to a wrought-iron railing staircase. On the first floor we can find the living room, which features fresco decorations. On the first floor there is also a small sitting room aired out by a large window that faces the patio through the rear façade. On the walls we can see frescoes painted at the end of the 19th century, which represent different places related to the family.