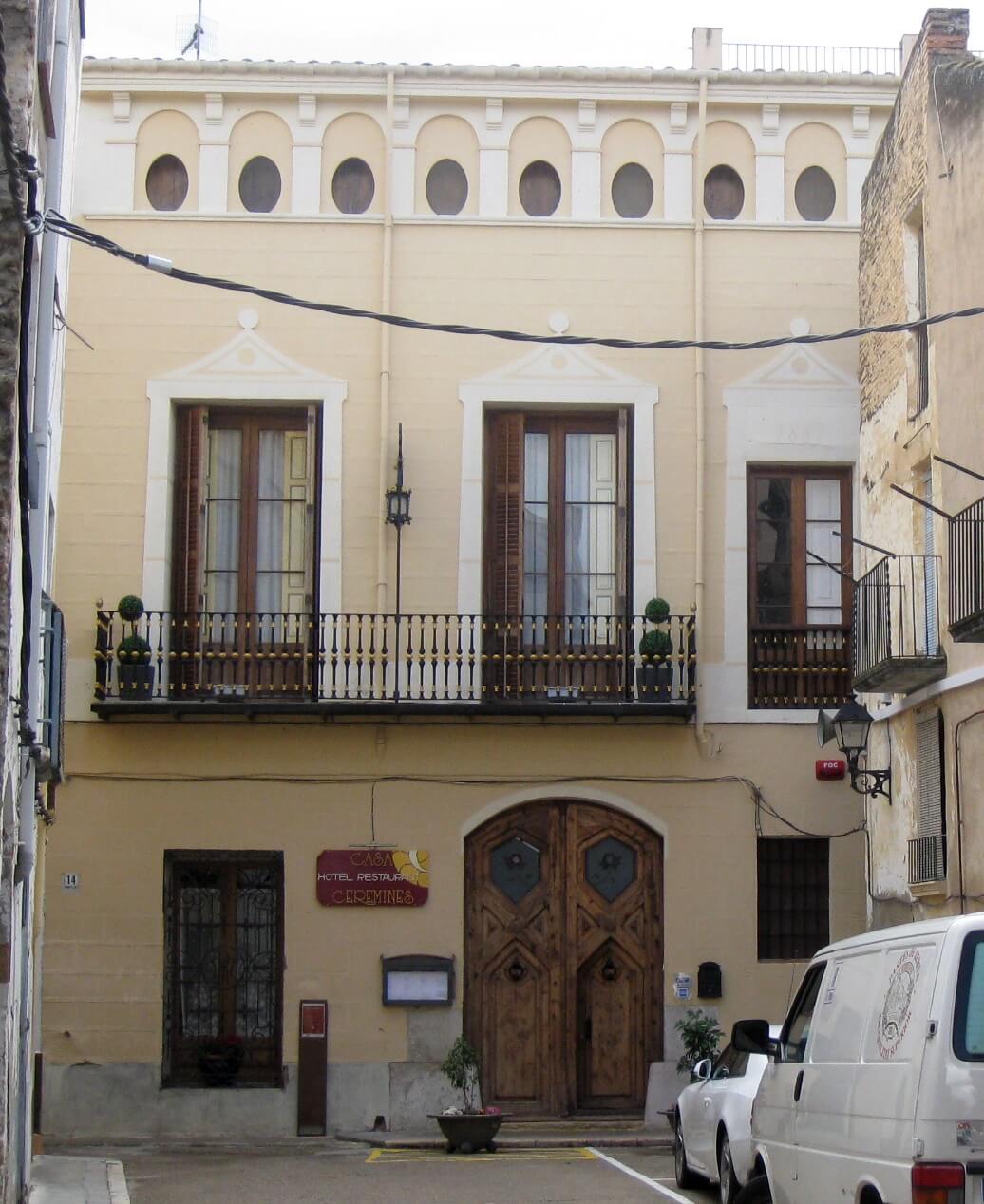 Hello and welcome to Casa Ceremines.

In the 19th century, Xerta native Ramon Martí i Thomas increased his family fortune in the business of olive oil imports in Argentina. In 1884 he returned to his home village and purchased the house from Mr Ignacio de Ramon i Aiguavives, who was a descendant of the Ramon de Sentís family living in Tortosa. They were also great landowners in the area who enjoyed the Sentís nobility title. For this reason, it is easy to deduce that the estate was in the hands of bishop Sentís’ family.

The structure dates back to the 16th century but we know that the interior was decorated in a modernist style in 1887 during a reform ordered by the owner of the house. To the left of the entrance there is a large window with a fine forged grille, where you can read the overlapping initials RM for Ramon Martí, inside a circle in the middle.

The most characteristic room is the hall, where different events and celebrations of the local bourgeoisie were held. It is said that King Alfonso XIII dined in the hall in 1912, after the inauguration of the Left bank canal of the Ebro.

With the outbreak of the Spanish civil war, the house remained unoccupied and was plundered, but was occupied later and temporarily by the military, who set up a barracks there.

At present, the house is used as a hotel and restaurant and stays in excellent condition. A good part of the original furniture has been preserved and restored. Curiously, each of the doors has its own key in the shape of the number that the lock bears.