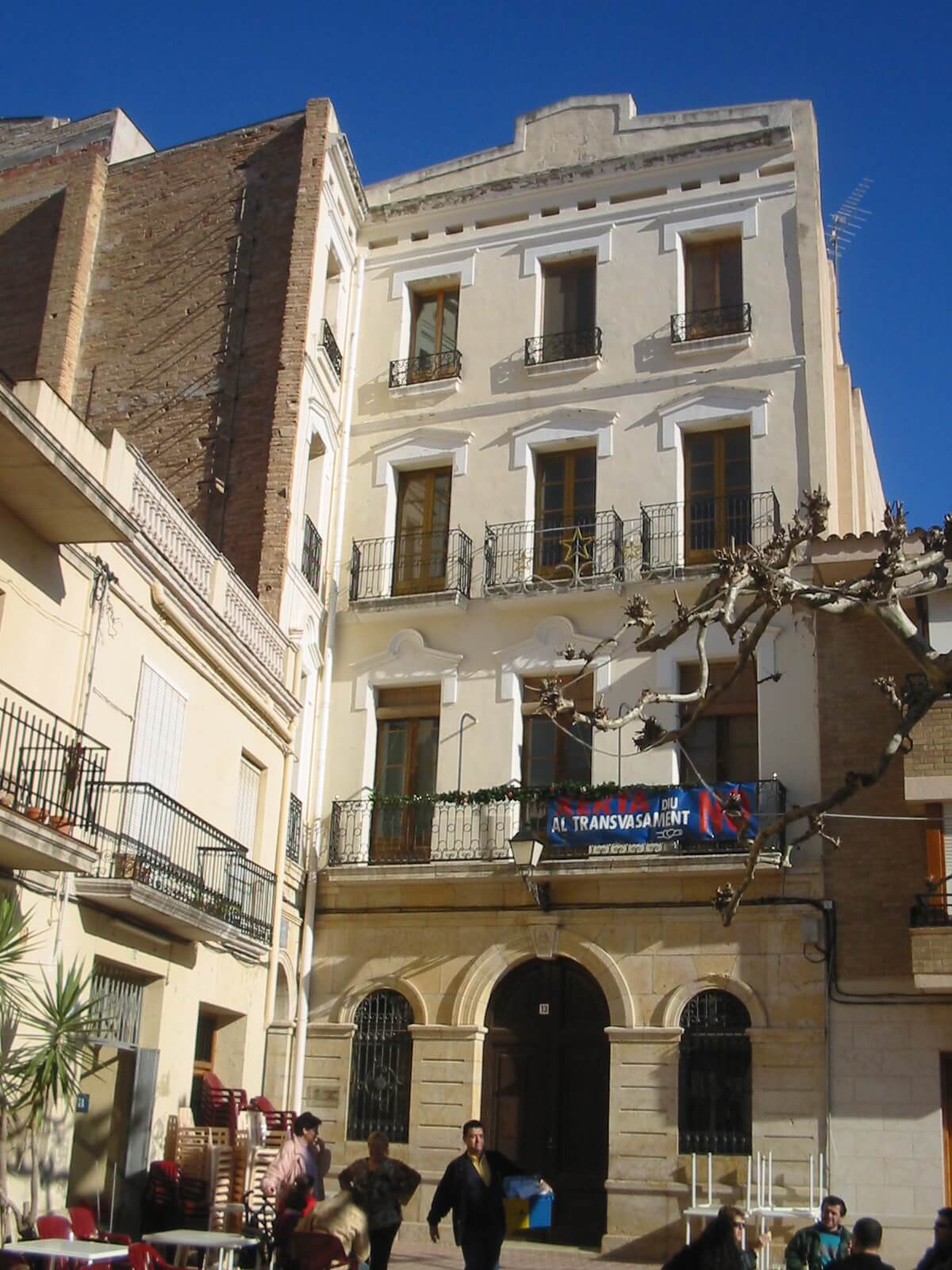 Hello and welcome to the Town Hall.

Nowadays, here we can find the headquarters of the local government, but it was originally the village’s school. On the keystone of the central arch we can see Xerta’s coat of arms, an orange tree, and below is the date of its construction– 1896. The town hall is an eclectic style building designed by the famous Tarragona-born architect Ramon Salas.

In August 1895, the then Minister of Public Works, Tortosa native Albert Bosch i Fustegueras had managed to grant a subsidy worth 50% of the budget for the works, after many efforts carried out by the local council at the time. On the steps of the building, a gratitude plaque from Xerta people to the minister is preserved. Many of the workers who participated in the construction of the school worked on “village wages”, that is, without receiving any wages in return. The building was inaugurated with great celebrations during the Sant Martí festivities.

During the civil war, lessons were suspended and during the Battle of the Ebro the inhabitants were evacuated, as it was front line. At that time, the building was used by the military. At the end of the conflict, the upper floors were in poor condition and it was not until 1945 when the building accommodated Xerta pupils again.

In 1968 the present-day school was built in a different location and for this reason the former building stopped being used. At the beginning of the 80’s the first two floors of the old school were restored in order to accommodate the town hall’s offices. In February 1985 the first plenary session was held in the session hall.