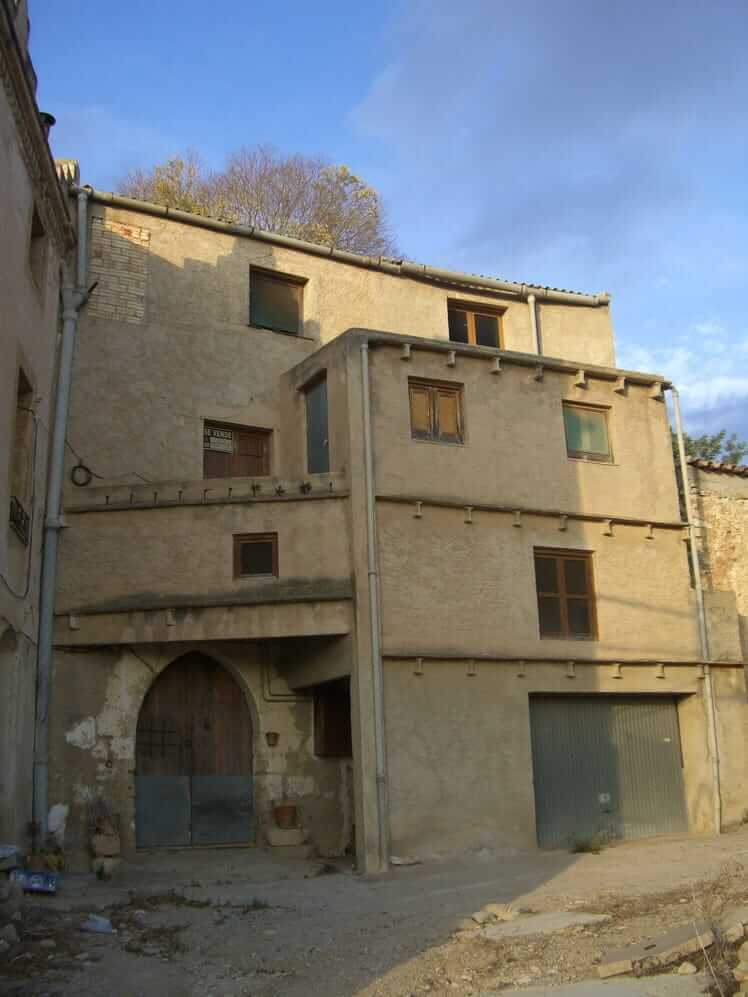 Along the irrigation canal that carries the water from the Fonts de Paüls springs to Xerta, over the centuries there appeared different mills that used the force of water to grind flour and liquorice. The most important were those that were part of the so-called “three stepped mills factory”, located in the last section of the irrigation canal.

This is a very unique ensemble for the town. In 1383, King Peter III the Ceremonious (also known as Peter IV of Aragon) granted Xerta a royal privilege that bestowed perpetual irrigation rights over the Fonts de Paüls waters as they had been used by the townspeople since time immemorial. It was then when Xerta people built the canal. Of the three mills surviving today, the one we have in front, called Molí de Baix or Lower mill dates from the 15th century and is the oldest one. The mill is of Gothic style and keeps numerous architectural elements of that time, as is the case of the pointed arch. Inside there is a Catalonia shield engraved on the wall.

If we walked up along the irrigation canal, we’d get to Molí del Mig or Middle mill, which dates from 1741. Although it was the last of the three mills to be built, it is the one that is currently in the worst condition. And if we continued climbing further up the canal, we would eventually end up at Molí de Dalt or Upper mill, which shows its year of construction—1600 engraved on its wooden lintel beam. In front of the Molí de Dalt mill house there is a porch-like metal structure that supports a vine. Below is a polychrome tiled floor featuring the image of Saint Martin. The mill building is placed next to a large irrigation pool dating from medieval times.